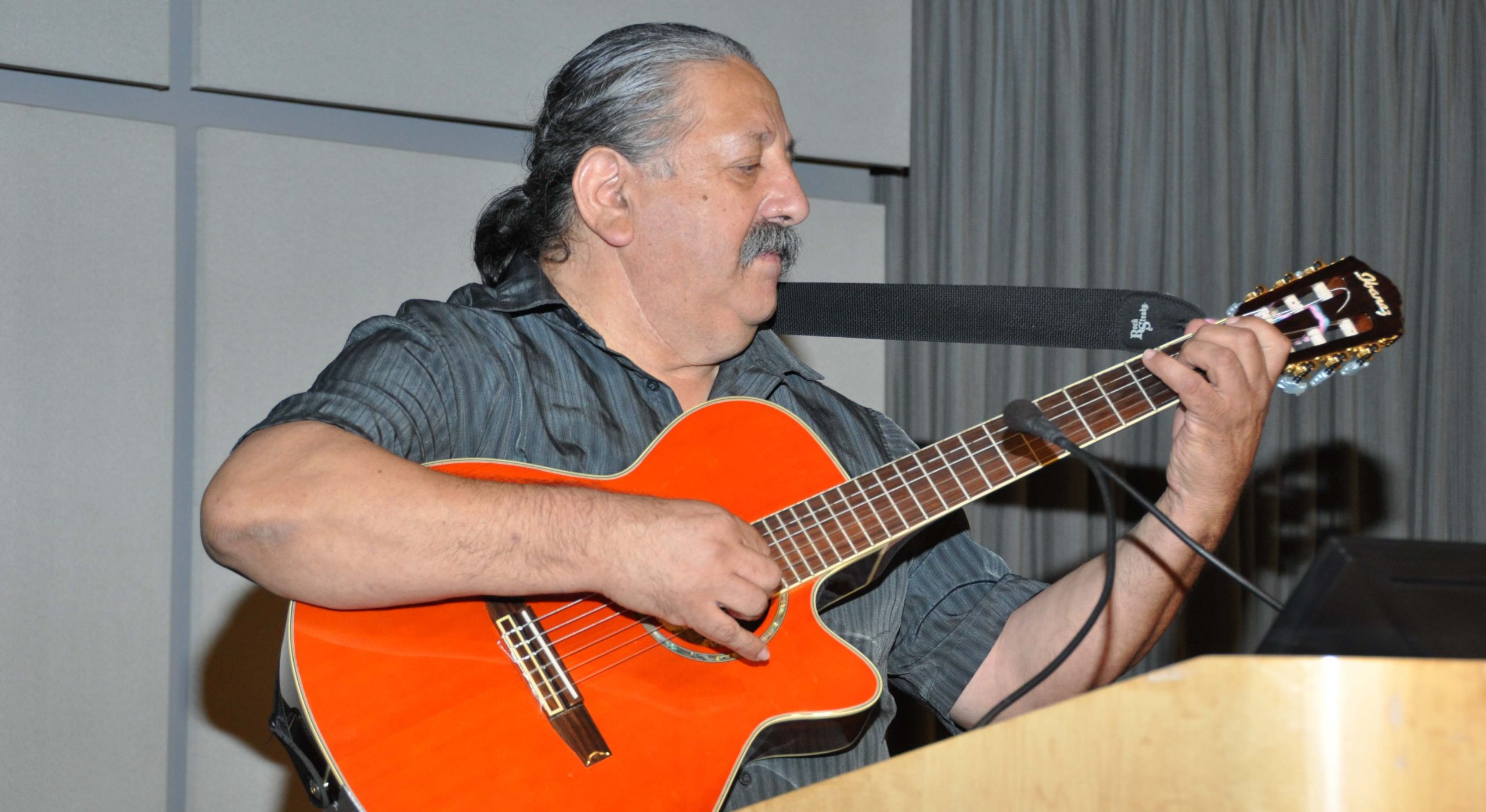 Today, October 5, Ismael “Bandolero” Durán has left us. The cancer he had advanced rapidly in recent weeks, surprising us all and accelerating his departure. In the end, he was with his family at our home here in Detroit, with his loved ones and listening to the messages that arrived from far away.
“Maluchi” was the youngest of 4 siblings, and always enjoyed sharing conversations, laughter, songs and meals with his family in Chile and Argentina… When he married Mary Clare, and arrived as an immigrant to the United States in 1975, he added a whole new family of Irish and German immigrant descendants.
Many will remember him with his guitar, playing songs from the Latin American songbook (Atahualpa, Violeta, Victor, Zitarrosa, his Uruguayan comrade Daniel Viglietti, and his Mexican comrades Gabino Palomares and Leon Chavez Teixeiro, among others). First in the communities of Chileans in exile, especially in Toronto and San Francisco. Later, in the eighties, he returned to Chile with Mary, Amelia and Vicente and joined the cultural resistance against the dictatorship, singing at political activities and concerts, on large or small stages, in the peñas, in the neighborhoods, in unions and universities… Participating with his friend Toño Kadima in Taller Sol. Visiting political prisoners in the Santo Domingo prison – his “AnaClaras”. Traveling to the USSR for the International Youth Festival in 1985. Serving as an interpreter for Christopher Reeves when he showed solidarity with Chilean artists, or as a guide for Pete Seeger when he came to sing in Santiago. Providing opportunities for new musical groups in encounters such as “Nace Una Canción”. Working as a producer for the Amnesty International concert in 1990. Inventing tours with his friends of the group “Congreso”, or in cultural exchanges in Europe, North America and his beloved revolutionary Cuba. Time and time again putting together artistic-social projects in Aguascalientes (Peña “El Caminero”), in Santiago (Casa de los Músicos, Planeta Quirquincho and El Bandolero) and in Detroit (Holy Redeemer, La Casona, Compás, Garage Cultural), and the occasional restaurant adventure. He then spent several years onstage with his favorite guitarist, his grandson Gabriel. In between his comings and goings, Ismael became an active and respected member of the Southwest Detroit Latino community. An entire lifetime dedicated to culture, arts and social and political awareness.
Good for Chilean barbecues and all good food, a soccer fan of Colo-Colo and the Chilean national team, with his typically sharp Chilean humor, complaining about referees and coaches, about lying politicians, about those who are indifferent, about the selfish rich, about imperialism invading the entire planet… Red and black politically (of the Chilean MIR), but also great friend of communists, frentistas, lautaristas, Christians… Bad at reading books, bad at meetings and assemblies, Ismael was more about doing things without overthinking them, of making activities work with or without resources, with or without permission.
With his defects and virtues, with his contradictions and battles, through the years he always showed his concern for the most humble, for the wellbeing of everyone, for amplifying the least heard voices, for searching in cold winters for his friends on the streets, for connecting people that one would never think could be connected, for offering art and culture to the neighborhood kids, in short, for making the impossible possible.
In the same year that we also lost his dear friend Luisa Toledo, Ismael chose this October 5th to leave, the same day that we commemorate the fall in combat of Miguel Enriquez. It couldn’t be any other way: in those activities for Miguel, Ismael was always ready with his guitar and his commitment…
As his great friend Marcelo Puente wrote, and as he sang so many times with that unforgettably huge voice:
Here no one dies, comrade / Here no one stops fighting.
Here nothing ends, comrade / Here every day is to continue
Here everything should be said, comrade / From here, light and freedom will emerge
Here no one dies, comrade / Here you are the first one, here you will remain
With all our love and respect for his family, friends and comrades…
The Duran Family