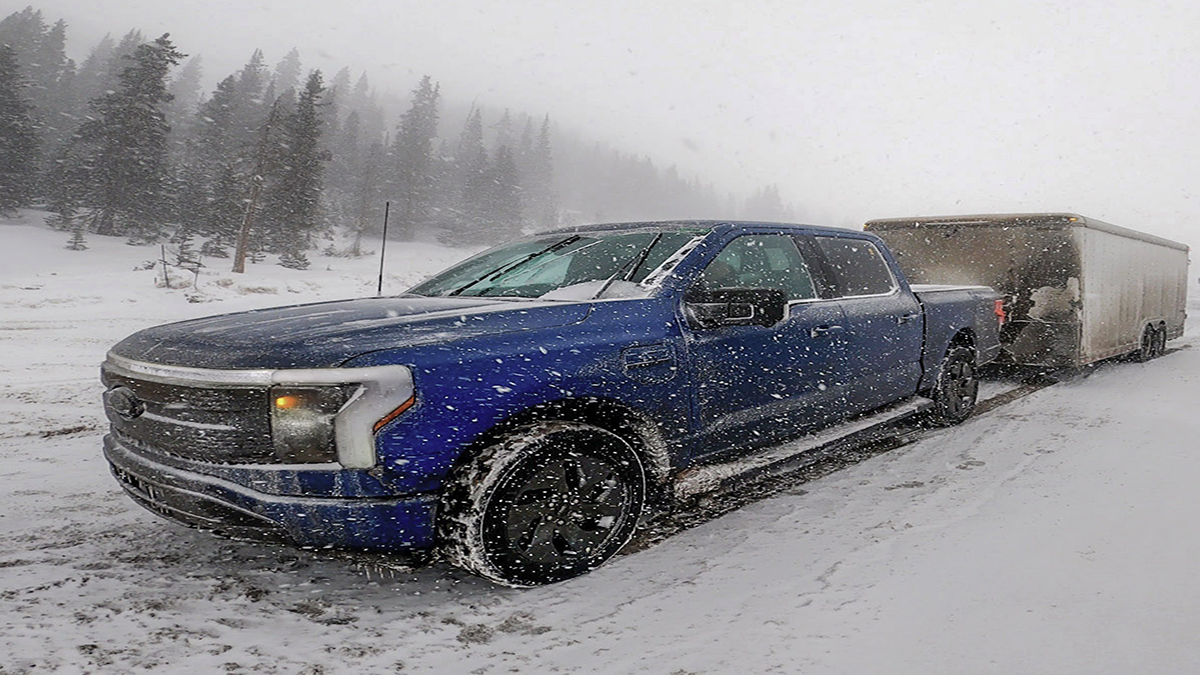 Whether hauling snowmobiles to the cabin in the dead of winter or the pontoon to the lake in the dog days of summer, the 2022 F-150® LightningTM is tested to have customers covered. To help prove it, Ford engineers took the first all-electric F-Series to two of America’s toughest real-world towing routes during development – Davis Dam in the summer and TFLTruck’s Ike GauntletTM in the winter.

Last month, Ford engineers took pre production F-150 Lightnings to what some call the world’s toughest towing test TFLtruck’s Ike Gauntlet™ towing test with wind chills registering below zero degrees Fahrenheit. The Ike Gauntlet is an 8-mile stretch of I-70 in Colorado that ascends at a 7% incline to a maximum elevation of 11,158-ft. above sea level around the Eisenhower Memorial Tunnel.

Towing in wintery conditions, however, is only one part of the equation. To prove the truck’s muster towing in extreme heat, Ford took the F-150 Lightning to the extreme grades of Davis Dam. With ground temperatures reaching a high of 118-degrees Fahrenheit during testing, F-150 Lightning preproduction units towed the same 10,000-pound trailers for multiple loops across the dam. Davis Dam, located on State Route 68 between Las Vegas and the Hoover Dam, ascends from 550 feet elevation to 3,500 feet in 11.4-grueling miles.

Between the two locations, their steep continuous inclines, expressway speeds, and trailers in tow in this case the truck’s targeted maximum 10,000-pound trailers make them extremely grueling for EV and gas trucks alike. The two testing trips are examples of the hundreds of hours of rigorous towing testing the F-150 Lightning has endured during development.

Deliveries of the 2022 F-150 Lightning pickup are scheduled to begin this spring.