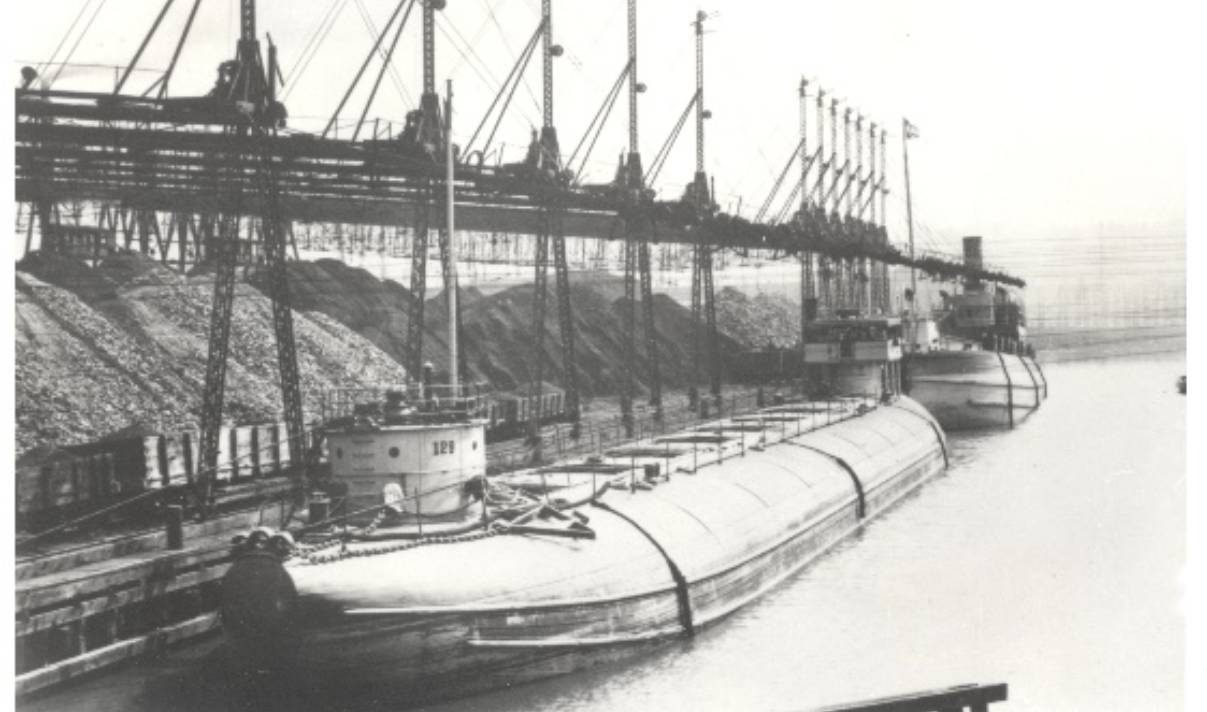 WHITEFISH POINT, MICH.- The Great Lakes Shipwreck Historical Society (GLSHS) is proud to announce the discovery of the 292-foot Whaleback vessel, Barge 129. Barge 129 was found in Lake Superior, 35 miles off Vermilion Point in 650 feet of water.

Barge 129 sank on October 13th, 1902. 120 years-ago to the day of this press release. Barge 129 was in tow of the steamer Maunaloa, downbound with a load of iron ore, when they ran into a powerful October storm. The heavy seas strained, and eventually snapped the towline connecting the two ships.

Barge 129 was then at the mercy of the storm. Maunaloa turned around in an attempt to reconnect the towline, but the wind and waves slammed the two ships together, with Maunaloa’s port side anchor ripping into Barge 129’s starboard side.

As the barge began to sink, Captain Josiah Bailey and his crew moved quickly and struggled to launch their lifeboat. The crew of Maunaloa stood by, and eventually helped the Barge 129 crew onto their ship…just as the whaleback dove to the bottom of Lake Superior.

“I’ve looked for this ship for so long because it was a Whaleback. I was pretty excited. I couldn’t wait to get the cameras on it”. When the Shipwreck Society put their ROV down on the wreck-site this past summer, they were surprised by the devastation of the ship. “It’s totally destroyed on the bottom. It’s nowhere near intact. It’s at least 4 to 5 big pieces and thousands of little pieces. It’s just disintegrated” Ertel said.

“The whalebacks were pretty unusual ships.” stated Shipwreck Society Executive Director Bruce Lynn. “When we had the ROV on it, you could clearly see the distinctive bow with a part of the towline still in place…that was an incredible moment!

The Great Lakes Shipwreck Historical Society was founded in 1978 by a group of divers, teachers, and educators to commence exploration of historic shipwrecks in eastern Lake Superior, near Whitefish Point in Michigan’s scenic Upper Peninsula.