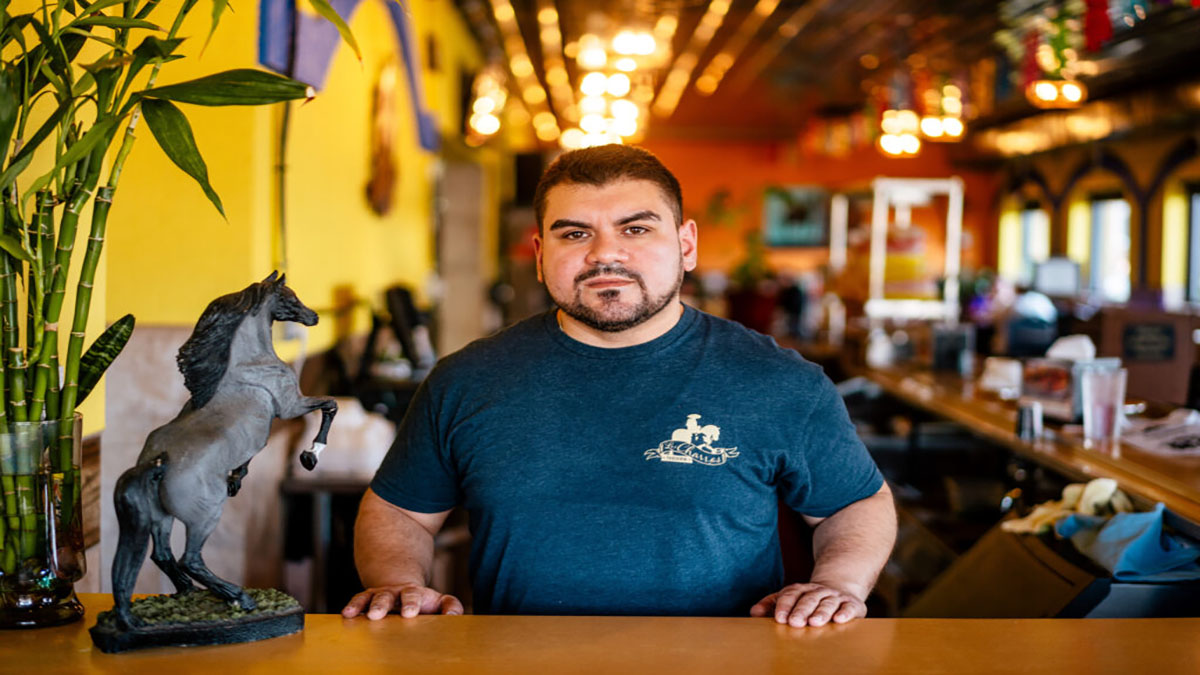 Expanding Latinx influences into new territory is what Lincoln Park and parts of Downriver is all about these days. My niece, who grew up there, was eager to show me all the Latinx small businesses in Lincoln Park.

“That’s my dentist’s office. He always speaks Spanish to me, ”Frances said, as we drove past an aging strip mall on Fort Street. She showed me Lincoln Park’s two Mexican grocery stores; a panaderia; the boxing gym with its Spanish-language signs and Mexican flag above its entrance; the drive-thru ice cream and coffee shop offering Mexican fruit-based drinks; the restaurant that serves Peruvian-style rotisserie chicken and Salvadoran pupusas; a new Mexican restaurant whose most popular dish is the TikTok-inspired birria ramen; and even the Sam’s Club in Southgate full of Latinx customers. I was experiencing something I haven’t felt in Michigan outside of Southwest Detroit: I was in a community where visible signs of Latinx culture and people are everywhere.

Spanish-language speaking and other Latinx residents are breathing life into many small municipalities southwest of Detroit the area collectively known as Downriver.  Thanks to steady growth of Latinx residents last decade, the cities of Allen Park, Lincoln Park and Melvindale saw slight gains in their overall populations for the first time since the 1970s, according to Census data compiled by the Southeast Michigan Council of Governments (SEMCOG).

For 25 years, Mercado’s family lived in a big house next to the I-75 service drive in Southwest. Mercado, now in her early 30s, graduated from Western International High School in 2006. The local economy began to struggle and then cratered in the Great Recession. The influx of Latinx immigrants slowed considerably.

Even in high school, Mercado had friends who began moving Downriver.

“I was one of the last in my group of high school friends who moved,” she said. “Lincoln Park, Allen Park and Melvindale were like the place to be.”

Salvador Gutierrez is another Southwest Detroit transplant. For 20 years, Gutierrez worked at Taqueria Mi Pueblo, a southwest Detroit restaurant started by his uncle. When Gutierrez and his parents decided to start a restaurant, they decided on a vacant building on Dix Highway in Lincoln Park. The building has been completely overhauled, and Taqueria Los Charros opened in October.

Louis Aguilar is an award-winning reporter and author. It’s family lore that his grandfather is one of the central figures depicted in Diego Rivera’s Detroit Industry murals. He can be reached at lostdetroit@gmail.com.