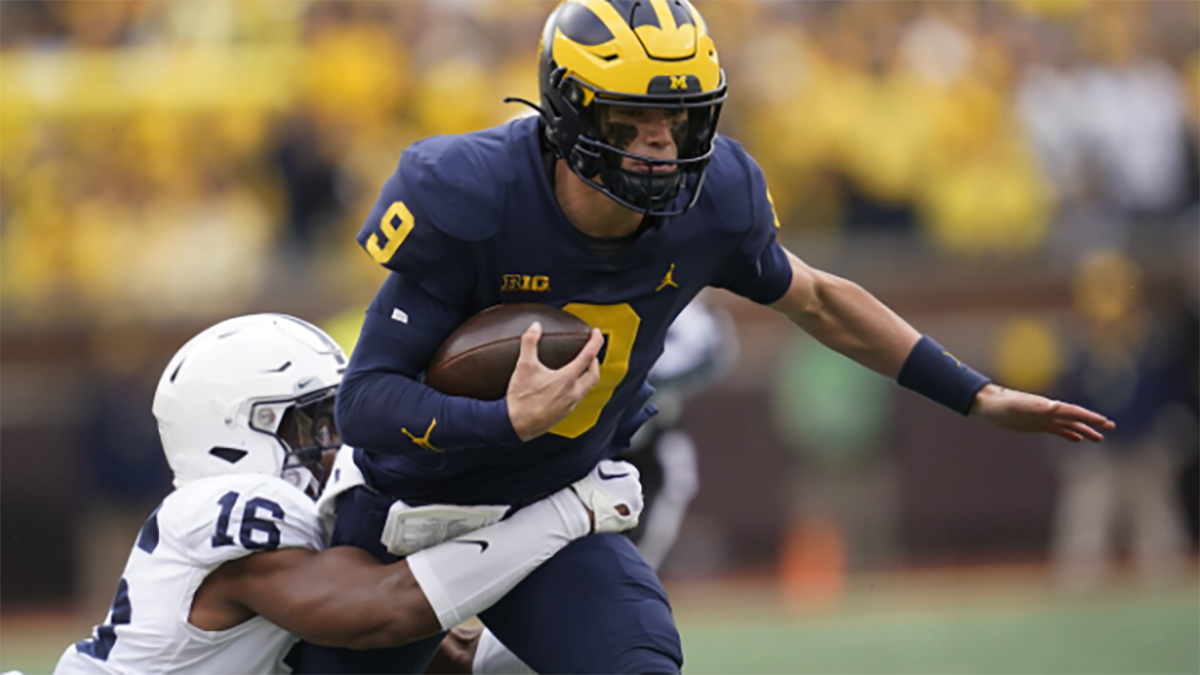 Donovan Edwards ran for a go-ahead, 67-yard touchdown and Blake Corum had a 61-yard run for a score on consecutive snaps in the third quarter as the fifth-ranked Wolverines pulled away and beat No. 10 Penn State 41-17 on Saturday.

The Wolverines (7-0, 4-0 Big Ten) finished with 418 yards rushing, gaining 7.6 yards per carry, against a team that was giving up fewer than 80 yards rushing per game to rank among college football’s leaders.

On the next play, Corum sprinted through a huge hole and broke away on a 61-yard run that gave the Wolverines a two-touchdown lead midway through the third.

Edwards scored twice and had career highs with 16 rushing attempts and 173 yards on the ground. Corum finished with 166 yards and two touchdowns on 28 carries.

“The offensive line knows that if they give Blake and Donovan space, any kind of crack, they’re going to make the most of it,” Harbaugh said.