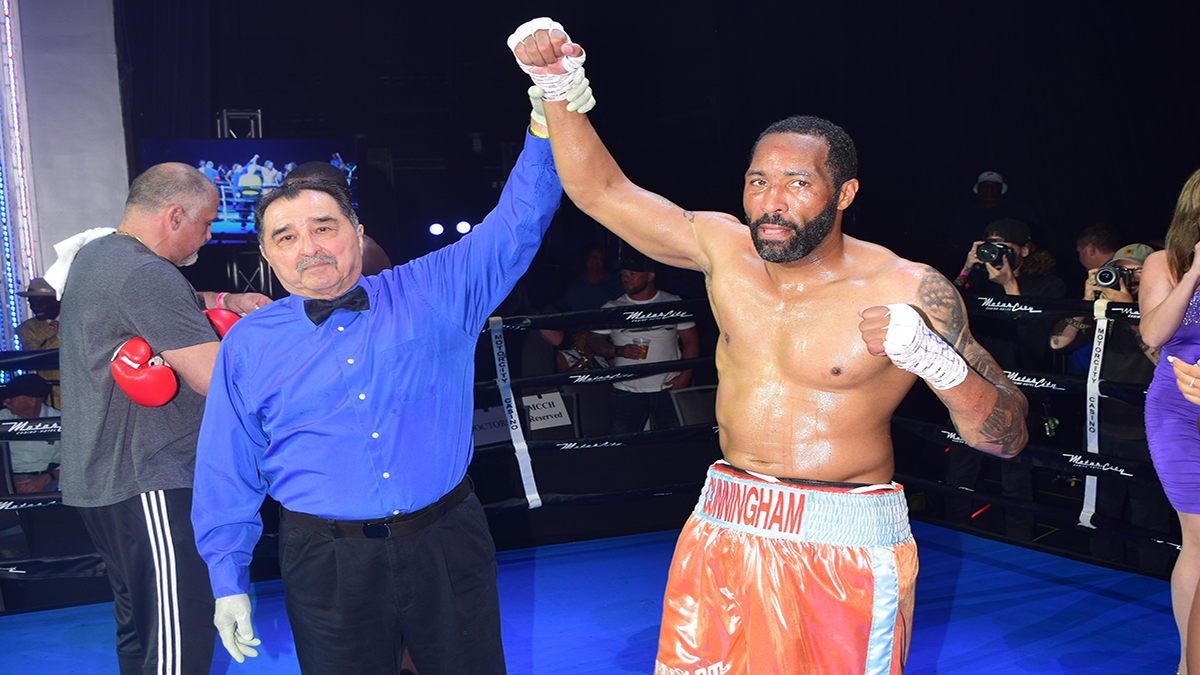 The storyline between Darryl Cunningham and Kevin Womack, Jr. could have been written by Aesop. In a classic battle between youth and age, Cunningham the proverbial tortoise faced his nemesis the hare in Womack.

Womack danced, jived and entertained the audience while Cunningham kept his composure and plodded his way to victory lane one punch at a time. No Tennyson ending here as Cunningham persevered over the 6 rounds taking the win on a majority decision of 57-57, 58-56 and 59-55.