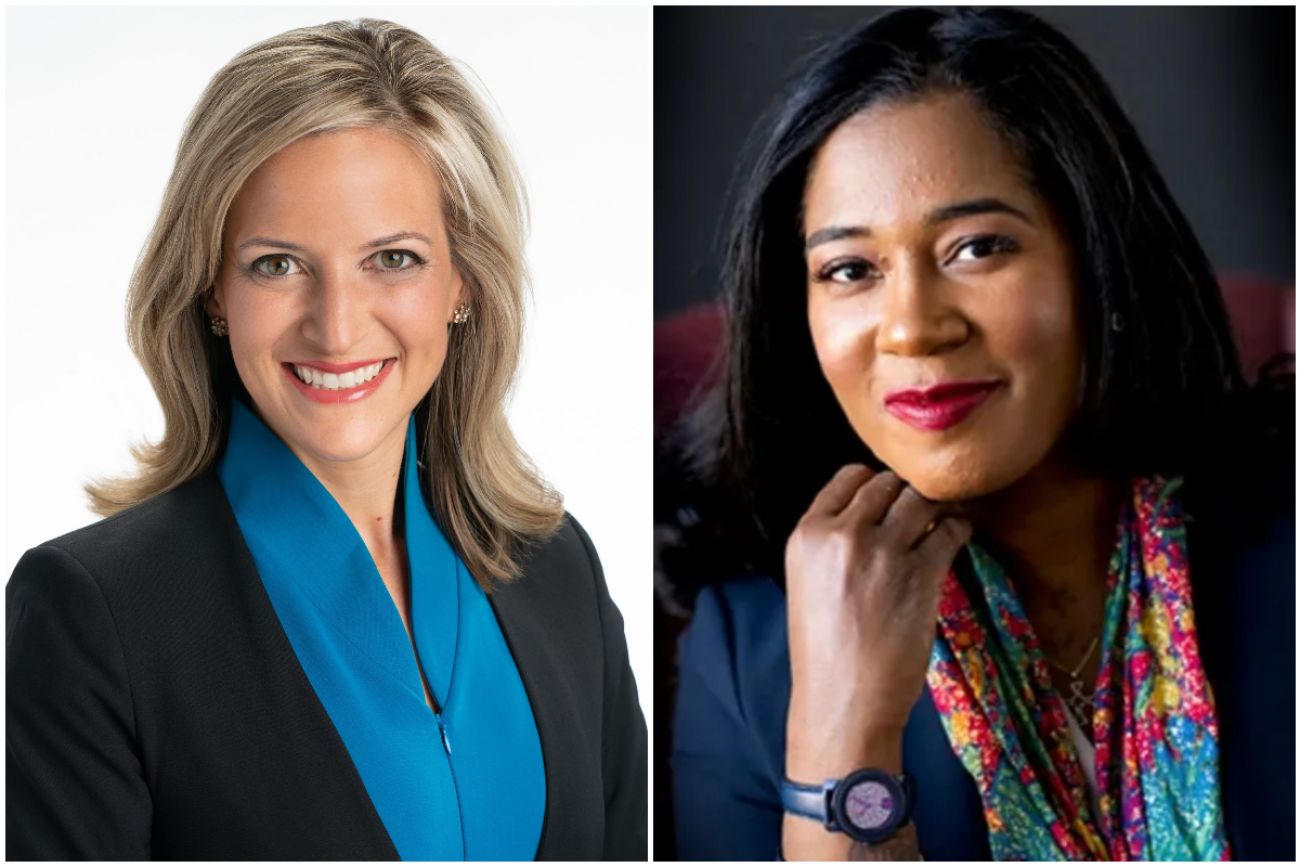 The Michigan official who helped oversee the 2020 elections is up for re-election against a challenger who questions their legitimacy.

Secretary of State Jocelyn Benson, a Detroit Democrat, was first elected in 2018 and is running for a second and final four-year term. Her presumed Republican challenger is Kristina Karamo of Oak Park, a 2020 poll challenger who rose to prominence after questioning the state’s election results.

As the third-highest ranking public official in Michigan, the secretary of state oversees the administration of state elections in 1,000-plus local municipalities. In addition to elections, the secretary of state runs 131 branch offices that handle vehicle registrations, driver license renewals and more. The department operates under a $252.2 million budget.

There isn’t a primary election for attorney general and secretary of state candidates in Michigan — candidates are instead chosen by delegates of their respective political parties.

Karamo’s nomination won’t be official until August, but the party is treating winners of the endorsement convention as official nominees so they can begin campaigning for the November general election.

The post pays $112,000. Read on to learn more about the two candidates and find additional information in links to their candidate websites.

Benson won office in 2018 in her second bid for the position, after she lost in 2010 as she’d lost to Ruth Johnson, a Republican.

As a candidate, Benson promised that customers at branch offices would wait 30 minutes or less for appointments. But the waits got worse  in many locations before the COVID-19 pandemic, and an appointment-only system implemented during the pandemic proved unpopular among Republicans and some Democrats.

Benson has defended the system, saying it is popular with motorists and has dramatically reduced waits once appointments are made.

Benson oversaw the 2020 election, the state’s first since no-reason absentee voting was allowed as part of a 2018 constitutional amendment. She used $4.2 million in federal funding to send all registered voters absentee ballot applications, a decision that was criticized by Republicans but upheld in court.

Benson has called the elections the most secure in Michigan history. She told Bridge Michigan in April that she sees the biggest challenge ahead as the disinformation surrounding Michigan’s election process, citing persistent claims the 2020 presidential election was stolen, despite numerous audits and investigations confirming President Joe Biden’s victory.

Benson wrote a book about secretaries of state in 2010 and served as dean of the Wayne State University School of Law from 2012 to 2016. She also served as the CEO of the Ross Initiative in Sports for Equality (RISE), a venture by professional sports organizations to improve race relations.

She has an undergraduate degree from Wellesley College and a law degree from Harvard University.

Until November 2020, Kristina Karamo was mostly unknown in Michigan politics outside of Oakland County, where she volunteered in state and local roles and unsuccessfully ran for a county commissioner seat.

Then the Oak Park Republican skyrocketed to fame in conservative circles after claiming she witnessed fraud at Detroit’s absentee counting board while working as a poll challenger in November 2020. She submitted an affidavit on an “incident report” document cited in a lawsuit seeking to overturn the official results.

Among other things, Karamo claimed that an election supervisor told a clerk to “push through” contested ballots that favored Democrats and that ballots were delivered between 3 a.m. and 3:30 a.m., a claim that has been widely debunked.

Karamo, a community college instructor, was interested in politics and social issues long before that, however, espousing her views on the Christian faith, education, the role of government and sexuality on her website and podcast.

As a candidate, Karamo has frequently called for a “forensic audit” of the 2020 election, and has been endorsed by former President Donald Trump.

She counts herself among the “America First” coalition of Trump-aligned secretary of state candidates who supporters say will fix election issues and critics claim would find a way to guarantee Trump wins if he seeks re-election.

If elected, Karamo says she would continue investigating election fraud claims, but it would not be her sole focus. She has also expressed interest in a thorough review of voting machines used throughout the state to verify their security and in reducing regulations at Secretary of State branch offices.

She graduated from Oakland University with a bachelor’s degree in communications and later earned a master’s degree from Biola University in La Mirada, California, in Christian apologetics, the study of facts to defend Christian theology.

Karamo has also volunteered in local politics, serving as communications chair for the Oakland County Republican Party, and as a member of the Michigan Republican Party State Committee and the Black leadership committee of Right to Life Michigan.

In 2018, she unsuccessfully ran to serve as Oakland County Commissioner for the 10th District, pulling in less than 40 percent of the total vote in the Republican primary.