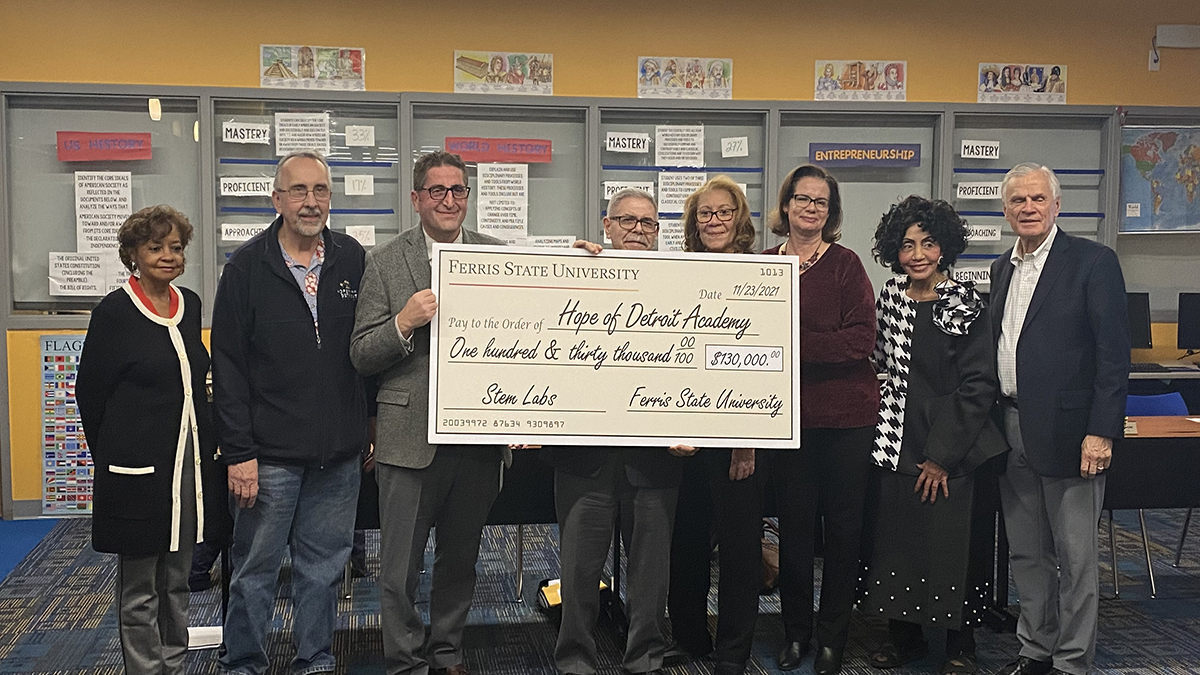 President Thomas Rys signed the Memo of Understanding for the STEAM lab and FSU presented a check for $130,000 to begin developing the new state of the art STEAM lab. During the meeting, there was also ribbon cutting with STEAM presentations in the future lab that students have been working on with the funding from the Samsung grant.

Congratulations Hope of Detroit Academy High for winning $130,000 in Samsung Technology and classroom resources. We are so proud of your hard work, dedication to the school and community, and the endless hours you spent working on the project.