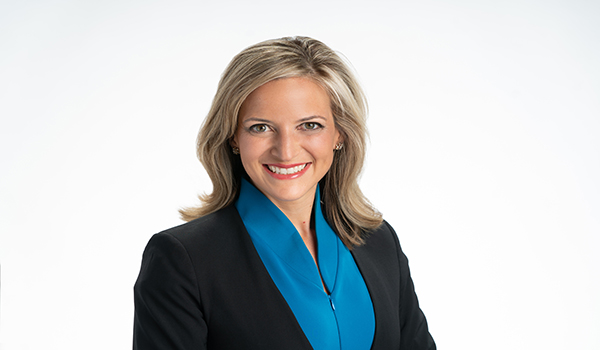 Interview with Jocelyn Benson, an exemplary woman, who is the Secretary of State of our State of Michigan.

In 2020, Benson was at the center of efforts to ensure a safe election amid the COVID-19 outbreak. It was also the first major election in Michigan since voters passed a constitutional amendment in 2018 that allows for unexcused absentee voting.

She is a Democrat and an expert on election law, fighting misinformation surrounding the 2020 election, preparations for the 2024 presidential election, and efforts by Republicans in Michigan and elsewhere to enact new limits on voting.

Welcome Secretary of State, Jocelyn Benson. We appreciate this opportunity to share this interview with our readers.

1. We would like to know more about you, who is Jocelyn Benson?

I believe we should never allow limits – or fear – to define us. To that end I began my career investigating hate groups and hate crimes undercover in the deep South, where I was profoundly inspired to continue the work of those who’ve come before us to defend and protect our democracy. Throughout my career I’ve worked to try to defy preconceived notions of what is possible and live a meaningful life of service, standing up to bullies and advocating for justice and equity for all. My parents were special education teachers and being raised in a working-class suburb of Pittsburgh, Pennsylvania taught me the importance of ensuring everyone has a voice and a seat at the table. When I was 35, I was appointed Dean of Wayne State Law School, and became the youngest woman to lead an accredited top 100 law school in United States history. I live in Detroit and I’m also a long-distance runner, and have completed twenty-five full marathons around the world, including completing the Boston Marathon while more than 8 months pregnant.

2. How do you combat the misinformation that still surrounds the 2020 elections?

The best way to combat misinformation is for everyone, but particularly those in leadership and roles of authority, to tell the truth: the 2020 election was secure and an accurate reflection of the will of the voters. Facts and truth matter, and we’ve been using both to combat the proliferation of election untruths. But bad actors are not letting up – we all need to remain vigilant in ensuring their deceptions don’t go unchecked and for that, we need leaders to do the right thing and loudly and unequivocally state the truth.

We must also ensure that deliberate attempts to deceive citizens about the integrity of our elections or to circumvent the will of voters are called out for what they are, and those who start and spread those falsehoods are held accountable. Those with a platform that use it in this way shake the very foundation of this country – by ensuring they face consequences for their actions, we protect our democracy.

3. We had a historic turnout last year and now we see Republican legislators, pushing new voting limits. What’s behind it and what are the biggest dangers if these bills become law?

This is a national, coordinated and highly partisan attempt to change the rules of democracy and make it harder for people to vote because they are unhappy with the results of last year’s election. The fact is that the bills that are being advanced aren’t meant to increase election security, they’re meant to decrease voter turnout.

Our democracy works best when more people participate in it – that is how we ensure that our government is truly representative of and accountable to the people. Voting is a right, fought for by countless Americans over generations, and the reason people want suppress it is precisely because there is power in each person’s vote.  Suppressing the vote is un-American and allowing this legislation to move forward could do lasting harm to our democracy. That is why we must fight back and defend democracy.

4. Undocumented immigrants have waited years for a law to be passed in order for them to obtain a license, we know that the Republicans will not approve this initiative, is there a different way as well as an executive order from the governor?

Though many take being able to get a license for granted, being barred from the privilege of having one deeply impacts an individual’s life and livelihood, holding them back from being able to participate in and contribute to their communities. That’s why my office has advocated to amend our state law to allow undocumented immigrants to apply for a license. I remain hopeful that with the aid of the governor and our partners in the Legislature, we will continue to keep this issue in the forefront and be able to extend licensing services.

5. What would be a message that you would give to Michigan women, so they could be influential in defending democratic rights?

This country has seen deep and inspiring change come about when leaders serve in furtherance of the ideals that our country was founded on – democracy, equality and opportunity have all. At the end of the day it is up to every one of us to stand together, and to use not only our individual voices, but the power of our collective voice, to fight for our rights and to show the generations to come what is possible when we work together.