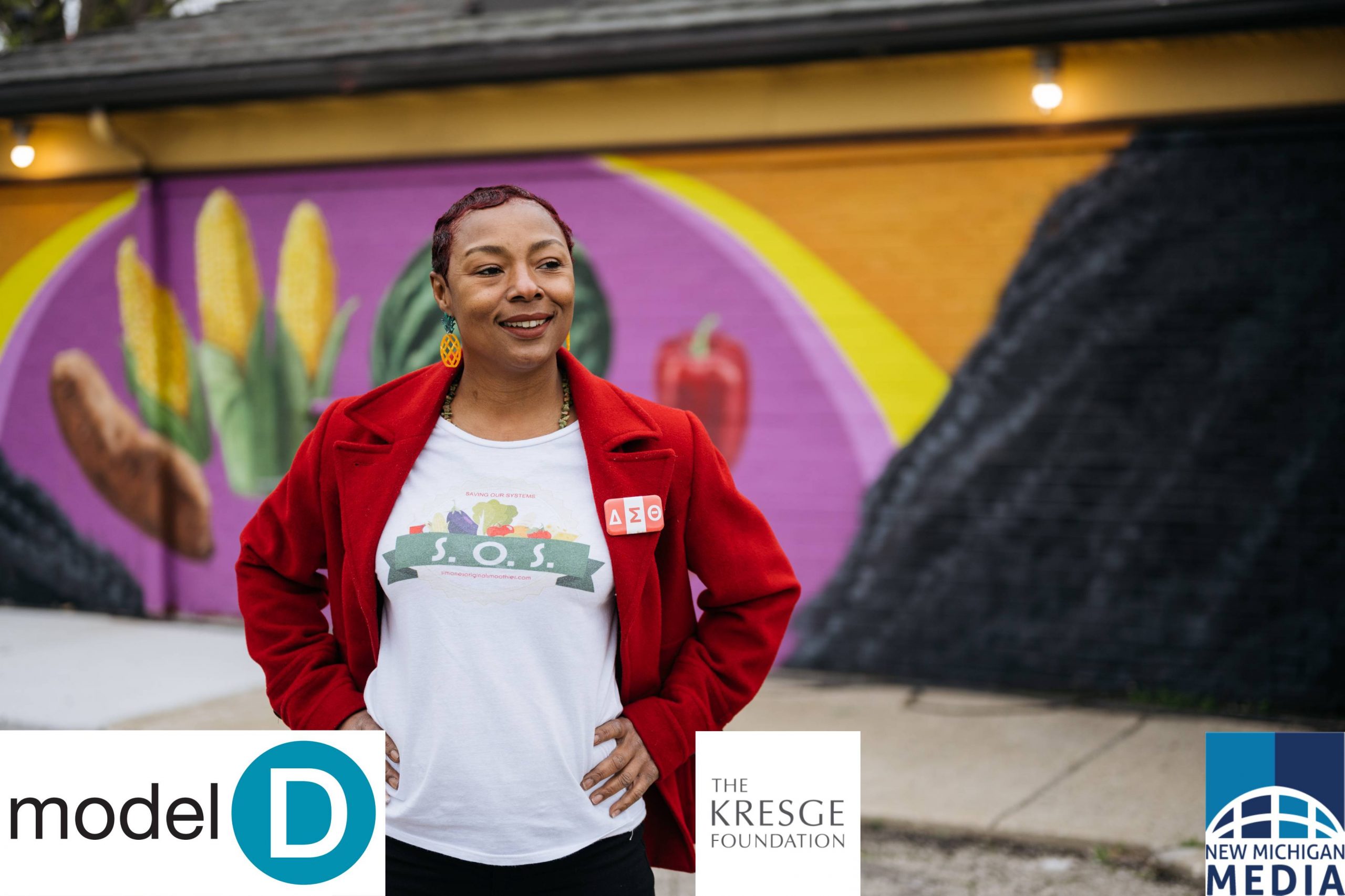 DETROIT – Wherever you find her, blending up fresh ingredients in her home kitchen or selling smoothies from her weekly stall at the East Warren farmers market, Teleah Mitchum is the picture of health.

The lively Detroit-based nutrition consultant and owner of Simone’s Original Smoothies brims with vitality as she talks about how making smoothies helped her recover after heart surgery.

“I started the business in 2019, but I actually started making the smoothies in 2018 for myself, for my own health,” she says.

The East Side resident began selling the chilled concoctions to friends and family then moved to selling door-to-door through the neighborhood. Eventually, she founded her own company, which she named after her daughter, Simone. In 2020 the COVID-19 pandemic put an end to traditional in-person sales, leaving the future of the fledgling beverage business uncertain.

“Everything went virtual, and I’m a home-based business so it was like⁠ — virtual? I didn’t have a website. I didn’t have a Facebook page, I didn’t know anything about business,” says Mitchum.

She credits the resources, training, and community connections provided through East Warren Development Corporation with helping Simone’s Original Smoothies not only survive and go digital with its own website.

“East Warren Development Corp has been amazing as far as explaining all the different layers that there are to running a business,” she says. “Then it was like, ‘Now that you know the layers, we’ve got to make your business successful.’”

On Detroit’s East Side, EWDC works to revitalize neighborhoods along East Warren between Mack Avenue to Alter Road, by providing aid and resources to community members and business owners like Mitchum. It’s dedicated to transferring ownership of the empty buildings on the avenue to neighborhood residents.

Joe Rashid, the group’s executive director, realized after the organization’s inception that many of the city’s neighborhood businesses are based out of people’s homes.

“Detroiters are hustlers. And there were so many businesses in our neighborhoods that were untapped that could be going into the spaces along East Warren,” he says.

Rashid also contends that commercial corridors in neighborhoods throughout the city aren’t bankable, meaning there’s a huge gap between what a bank will lend and what you actually need to open a business there.

“Working with Invest Detroit and working with other [community development financial institutions] through the city, we’ve been able to really get projects going off the ground to hopefully close some of that financial gap,” says Rashid.

So far, EWDC has helped get about 60,000 square feet of building space into residents’ hands to develop their own businesses. That includes businesses like Be Her, a new retail shop that just opened at East Warren Avenue and Balfour Road, as well as others like Chelsea Jane Apothecary, Leaf Me Plant Boutique, and the Detroit Pepper Company.

EWDC doesn’t own much of its own property, instead it works to get local properties back into the hands of neighborhood residents who have a vision and understand community needs.

The nonprofit’s willingness to listen to the concerns of local residents and partner with other organizations has led to the development of some popular programs. Rashid worked with Motor City Grounds Crew to help found a tool library, which offers over 2,000 different kinds of lawn care and home improvement items.

Another key part of EWDC’s work is the East Warren Farmers Market. The market has grown steadily since its inception in May of 2020. It provides a safe outdoor meeting place for community members every Thursday from May through October and gives local vendors an opportunity to get their foot in the door with potential new customers.

EWDC worked with Invest Detroit to purchase a 2,300-square-foot location at a former Pizza Hut. It’s since transformed the space into an expanded market location with a mural and temporary market shed.

Teleah Mitchum was thrilled when she first saw the farmers market in action.

“I drove by and I saw all of these tents. I said, ‘What’s going on over there?’ So I turned around and went back and parked and just started walking around,” she says.

Now a member of the farmers market advisory committee, she works as a liaison between EWDC and other market vendors to communicate vendor needs and ideas to the organization.

Participating in the market helped Mitchum realize she needed an online presence, which she developed through another EWDC initiative called Let’s Get Digital East Warren. The nonprofit created the nine-month digital literacy and marketing workshop in partnership with Michigan Women Forward and Kanopi Social.

“We had found through a Wayne State study just in the first year of COVID that almost none of our businesses in East Warren were online,” says Rashid “So we wanted to really change that and help even those businesses that were online to really utilize their online presence in the best way possible”.

Each student who participated in Let’s Get Digital East Warren was given a laptop equipped with Microsoft Office products. The nine-month program covered social media strategies, Google analytics, QuickBooks financial management software, and other business-related programs.

The East Warren pilot program was such a success that Michigan Women Forward has expanded it and is now offering Let’s Get Digital workshops in the 48221 area code and Flint, Michigan.

In the grand scheme of things EWDC might be relatively new to the neighborhood, but they don’t plan on going anywhere anytime soon. The nonprofit kicked off its farmers market season with a food truck rally and resource fair taking place from noon to 3 p.m. back in May at their new expanded location on East Warren.