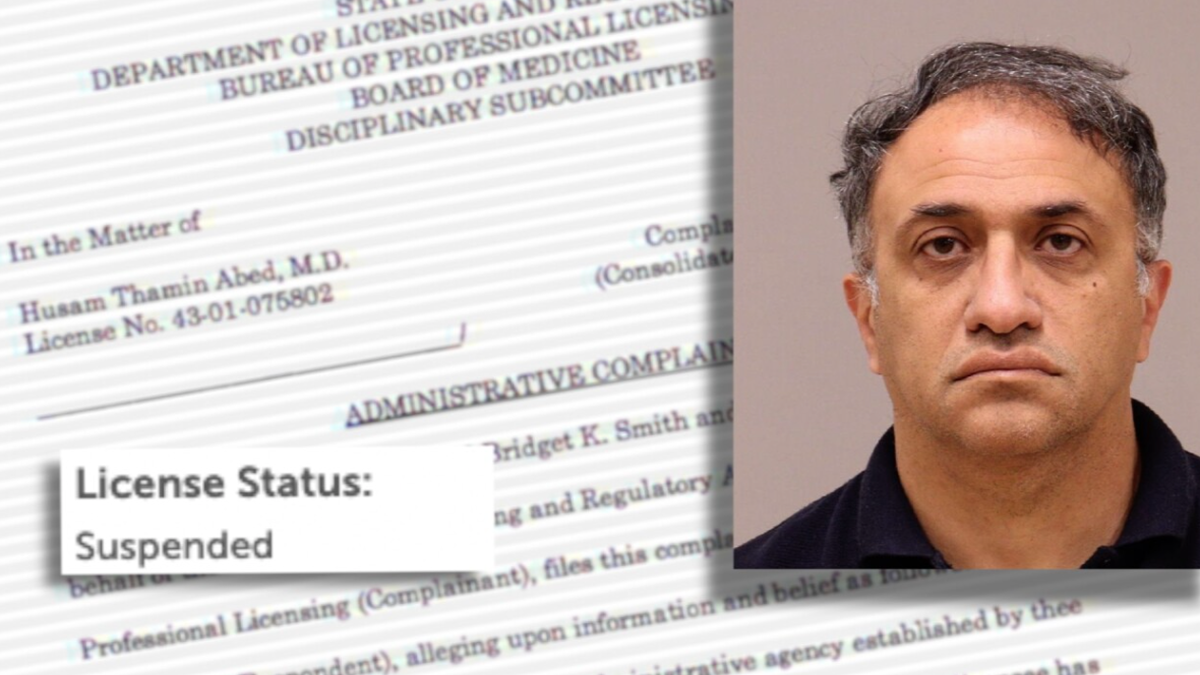 A physician who knowingly violates the inherent trust patients place in their doctors does irreparable damage. I encourage anyone with concerns about the conduct and practices of this physician to report their concerns to my department.

We’re told the Michigan Department of Licensing and Regulatory Affairs (LARA) investigated Dr. Abed, a Grand Rapids urogynecologist, regarding his practice and issued a complaint on May 17 on the grounds of incompetence, negligent behavior, and poor morals. His license was suspended six days later.

Dr. Abed allegedly gave patient care on May 28 at his clinic, Nessel’s office says. The state of Michigan tells us Dr. Abed was issue d a $1,000 bond.

Dr. Abed’s former patients are encouraged to connect with the Michigan Department of Attorney General by reaching out to the Health Care Fraud Division at 1-800-24-ABUSE.