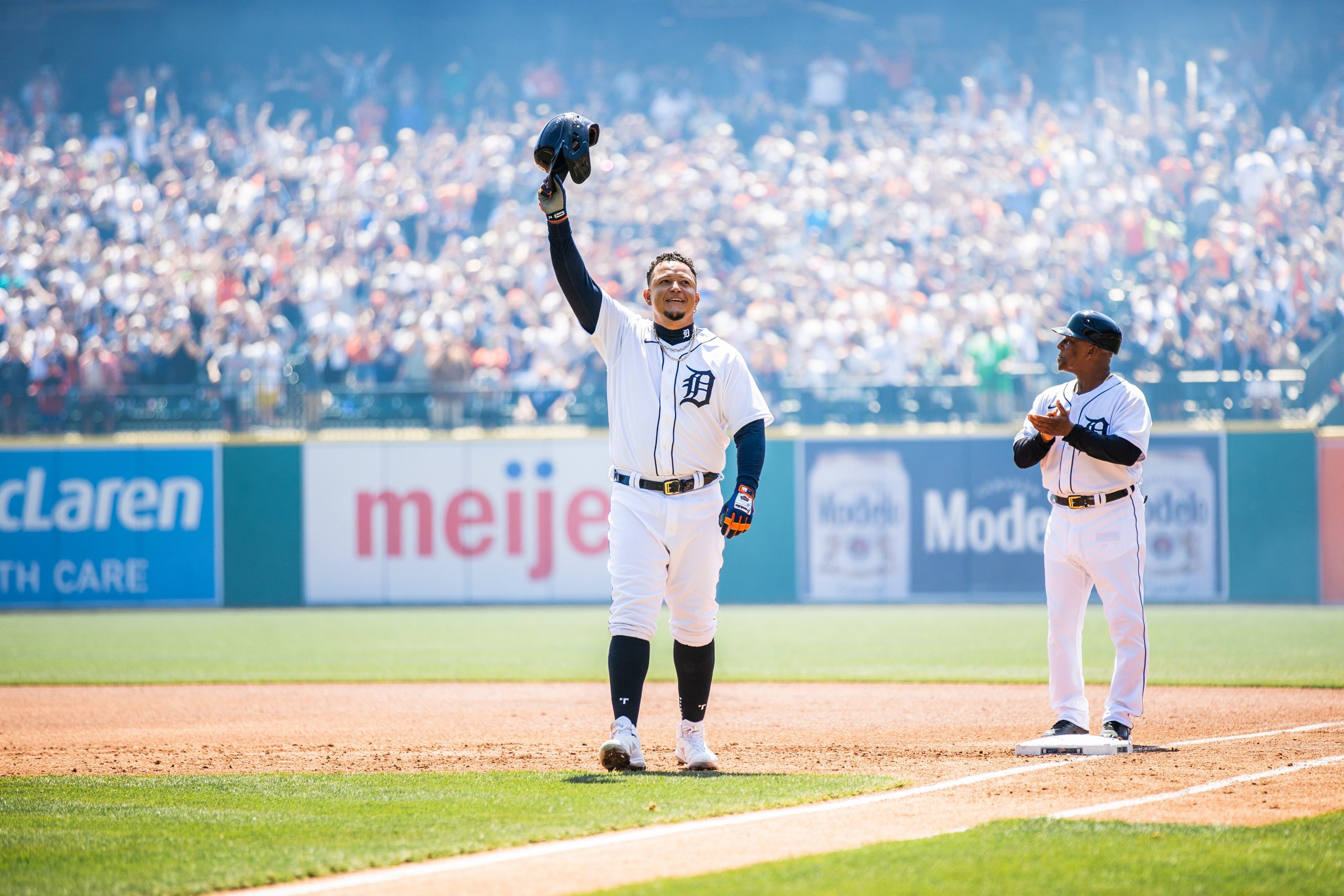 The Roberto Clemente Award presented by Capital One is the annual recognition of a MLB player who best represents the game of Baseball through extraordinary character, community involvement, philanthropy and positive contributions, both on and off the field.

As part of the annual program, each MLB Club nominates one player to be considered for the league-wide Award in tribute to Clemente’s achievements and character.

In response to the COVID-19 pandemic, Cabrera stepped up on and off the field to support the cause. In 2021, Cabrera joined Gov. Gretchen Whitmer to promote COVID-19 vaccinations in the State of Michigan. He served as a co-chair of the Protect Michigan Commission, recording PSAs in English and Spanish to motivate residents to get vaccinated, wear masks and socially distance to reduce the spread of the virus.

Miguel Cabrera and his wife donated

Additionally, in response to the COVID-19 crisis in 2020, Rosangel and Miguel Cabrera partnered with the Detroit Tigers Foundation to donate $250,000 to benefit children and families in Detroit. The donation helped provide meals for children, technology for students, day care for families, and high-quality face masks for Detroiters through grants to the Detroit Public Schools Community District, the Detroit Public Schools Foundation, G1 Impact, the Boys & Girls Clubs of Southeastern Michigan, Detroit Police Athletic League (PAL), and Brilliant Detroit.

Long before the COVID-19 crisis, Miguel’s dream of becoming an accomplished baseball player inspired him and his wife, Rosangel, to establish the Miguel Cabrera Foundation, a charitable organization founded on Miguel’s belief that we can achieve great things when we work hard, dream big, and help others. Launched with a specific mission to revitalize baseball fields in neighborhoods and to provide academic college scholarships, the Miguel Cabrera Foundation has awarded grants locally and abroad, including gifts to renovate the Clark Park neighborhood baseball field and registration scholarships for the Miracle League of Michigan.

Cabrera will be recognized as the Detroit Tigers nominee for the Roberto Clemente Award in a pre-game ceremony on Friday, September 16, prior to Detroit’s game against the Chicago White Sox.

Thursday, September 15th marks the 21st annual Roberto Clemente Day presented by Capital One, which was established by Major League Baseball to honor Clemente’s legacy as a humanitarian and to formally acknowledge Club nominees of the Roberto Clemente Award.

As part of the league-wide celebration, the Roberto Clemente Day logo will appear on the bases and official dugout lineup cards and a special tribute video will be played in ballparks. Additionally, a customized tribute video to both Roberto and his wife Vera – Momentito (in English and Spanish) – will be shown in all MLB ballparks on Roberto Clemente Day as well as on MLB Network, MLB.com, Club sites and MLB Social Media Platforms.

The site will feature bios of each of the nominees and will allow fans to vote until the end of the season on Wednesday, October 5th. The winner of the fan vote will count as one vote among those cast by the blue-ribbon panel.

The concept of honoring Major League players for their philanthropic work was created in 1971 as the “Commissioner’s Award.” The recognition was renamed to the “Roberto Clemente Award” in 1973 in honor of the Hall of Famer and 15-time All-Star who died in a plane crash on New Year’s Eve 1972 while attempting to deliver supplies to earthquake victims in Nicaragua.